As a licenced bird ringer it is imperative that I take a scientific approach and ensure that my activities are done with some validity and structure to ensure that the data that I obtain is of significant substance, either locally or nationally and in the ideal situation, both. I feel that in most instances I tick all the boxes; carrying out constant effort ringing in the summer months to monitor some of Cornwall’s breeding birds and also by helping out at the monumental site that is Nanjizal, where a large volume of migrating birds pass through each autumn. However, there is a particular species that I cannot help but get all doughy eyed over and feel immense privilege and joy when surveying.
The Barn Owl has to be one of the most iconic and loved birds of the British Isles and indeed further afield. Its ethereal presence has captivated the hearts and souls of so many Britons for centuries. Yet for such a captivating species it has undergone some worrying strife. In 1932 the British population of Barn Owls was estimated to be around 12,000 and even this was a substantial drop in numbers from what was once Britain's commonest owl. A further survey was undertaken between 1982-1985 and concluded that there were approximately 4500 pairs breeding in Britain. Seeing a further decline of 67%! This prompted it to be amber rated in the list of Birds of Conservation Concern having had a moderate (25-49%) decline in the UK breeding population or range over the previous 25 years. In addition, it was assigned a Schedule 1 status and special protection. Under the Wildlife and Countryside Act 1981 as amended by the Environmental Protection Act 1990, it is an offence, liable to special penalty, to intentionally disturb any wild bird included in the Schedule while it is building a nest or is in, on, or near a nest containing eggs or young or to disturb dependent young of such a bird. As with so many British birds, the main reason for decline seemed to be the decimation of natural nesting locations and the ever-changing countryside and suitable hunting habitat. Traditional sites in old farm buildings have also been lost as barns have been converted to other use including residential occupation or have simply been allowed to deteriorate until they collapsed or were demolished.
It is important to monitor this species in order that the current population levels can be assessed to determine whether any further declines have occurred. West Cornwall Ringing Group participate in a national project that is coordinated by the British Trust for Ornithology to provide ongoing assessments of the UK Barn Owl population. Monitoring consists of a visit to the nest site by specially trained and licensed bird ringers in the breeding season, where details of occupancy rates, breeding performance and survival are recorded, and any young are ringed with uniquely numbered leg rings. To find out more about ringing in general please visit: BTO Ringing Scheme

Over 100 nest boxes are currently surveyed across Cornwall and I have slowly started to assist in growing the number of sites monitored in the north of the county. In 2020 a further 7 boxes were added to the North Cornwall monitoring list. Sadly due to the Covid-19 lock down I was unable to do any early monitoring, so egg clutch sizes were not recorded during this period. However, early brood sizes were obtained so I was still able to produce some important nest record data nonetheless. I was interested to compare this years data with last seasons and noted that the average brood size was very similar to that of 2019. 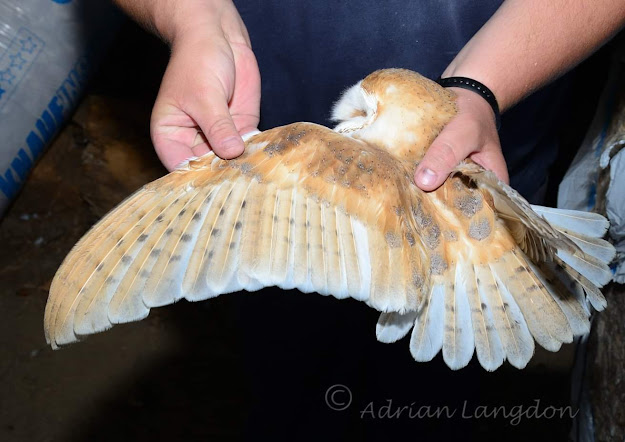 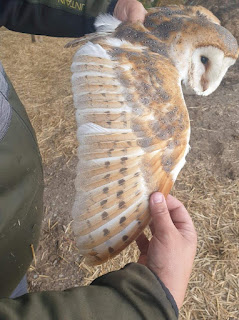 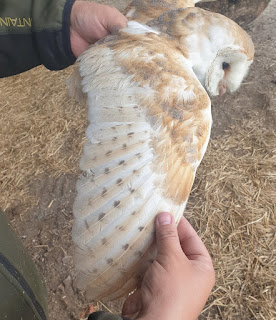 A distinct lack of adults were processed during 2020 by me! This was partially down to the late initial checking dates but also some alteration was needed in the catching technique. However, I was pleased to add 2 adult females and an adult male to the scheme. I am hopeful that I might encounter these again in the future. 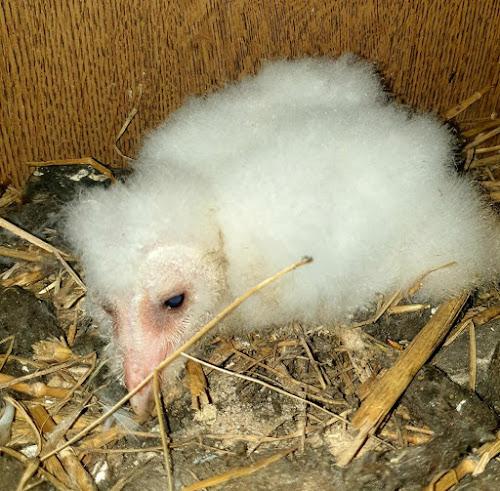 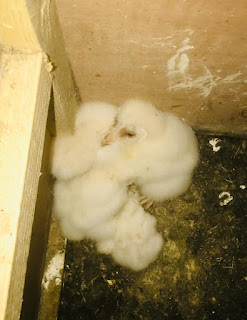 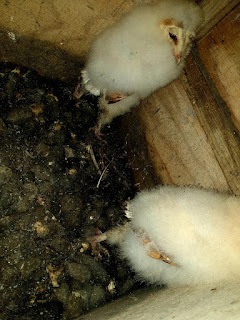 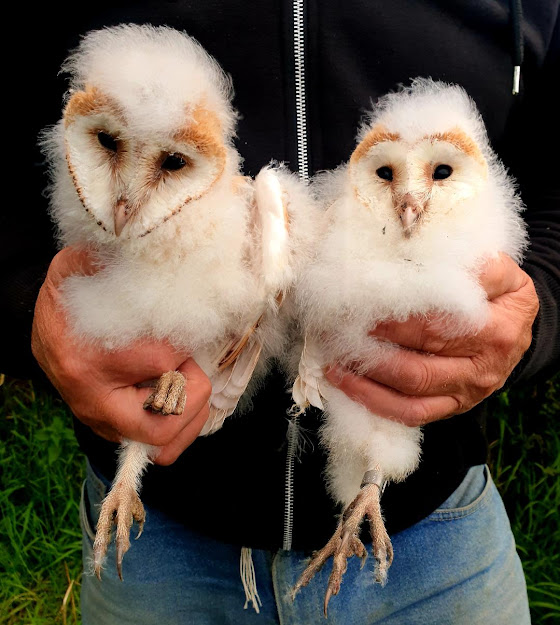 I had heard from other Owl ringers across the UK that it was going to be a pretty dire year for the productivity of the species as they were finding many nests unoccupied. However, Cornwall seemed to have bucked the trend and it appears we had a bumper crop of juvenile Barn Owls! Of the 10 boxes occupied 32 chicks were ringed. The largest clutch being 5, but the majority having clutches of 3 and 4 birds and all looking very health and likely to fledge. Interestingly, birds that chose to lay eggs later did not appear to be as successful; only producing 1 or 2 fledglings. This was most likely due to the atrocious weather we had here in Cornwall that was almost consistent through the whole of June!
I am looking forward to seeing how the Barn Owls fared across the rest of the county and indeed the rest of the UK during 2020. I know there are a couple of boxes with some breeding activity still occurring within Cornwall, but will be checking the ringing groups web page with regularity for the final outcome. If you wish to do the same then please keep an eye on here: West Cornwall Ringing Group
Over the past couple of seasons I have also had the upmost pleasure of attending many boxes with legendary photographer and naturalist Adrian Langdon. His photographic works speak volumes on his commitment and passion. Your eyes will be in for a real treat if you visit his blog spot found here: Images Naturally
Lastly, it is always a real pleasure to witness the enthusiasm of those persons that grant permission for us to monitor boxes. There is none more so than those with cameras fitted to their boxes who get a real intimate showing of the trials and tribulations that the owls face. One of the nests that I monitor has such a device and it makes for some pretty addictive viewing. To watch how this family group has fared this year then please grab a hot beverage, put your feet up and take a look here: Mike and Molly the North Cornwall Barn Owls
Posted by Peter Roseveare at 08:43

Email ThisBlogThis!Share to TwitterShare to FacebookShare to Pinterest
Labels: Ringing